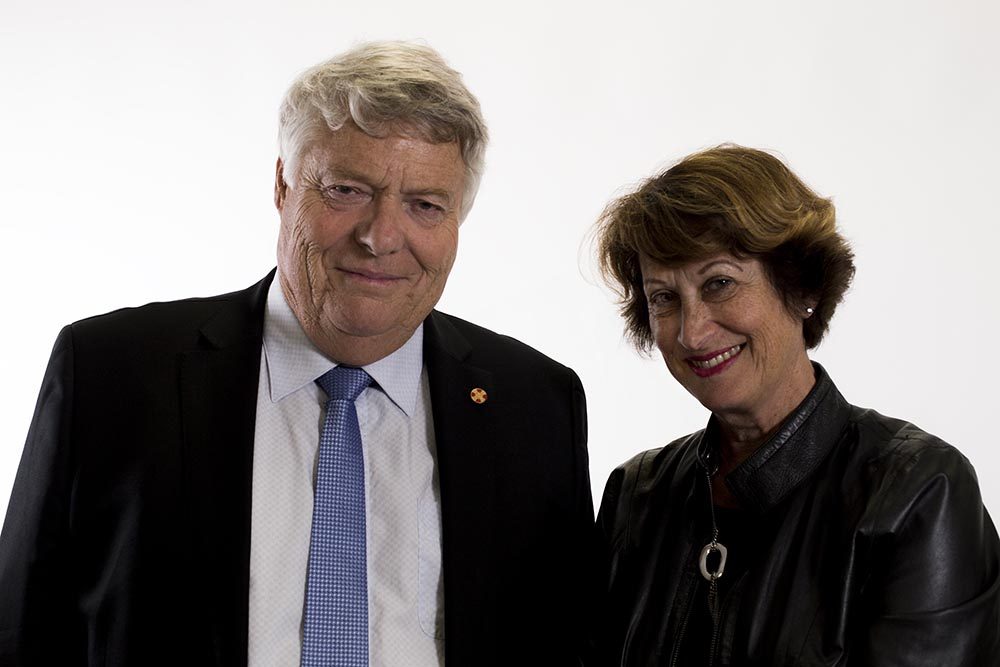 This honour recognizes John and Léonie’s significant contribution to the economic and social development of New Zealand through Manufacturing, Engineering and infrastructure. Like other inductees, theirs is a story of enterprise, hard work and success.

In addition to their contribution to business, John and Léonie have contributed significantly to the community and continue to do so through the Hynds Foundation.

“Léonie and I are thrilled to receive this honour,” says John. “But we are particularly pleased as it recognises our company, and the many people we have employed both previously and now, who have contributed to its ongoing success."

The Hall of Fame was established in 1994 by the Young Enterprise Trust, and Auckland Chamber of Commerce. A Gala Dinner celebrating the new inductees will be held at The Langham on 27th July, 2017. www.businesshalloffame.co.nz/
John and Léonie Hynds established a manufacturing operation in their backyard in Takanini, Auckland in 1973. The Hynds Group now comprises six business units in New Zealand and Australia employing over 700 people. Considered the supply partner of choice for New Zealand’s Civil Construction Industry, the group includes metal, concrete and plastics manufacturing, product importation and distribution, and trade supply.