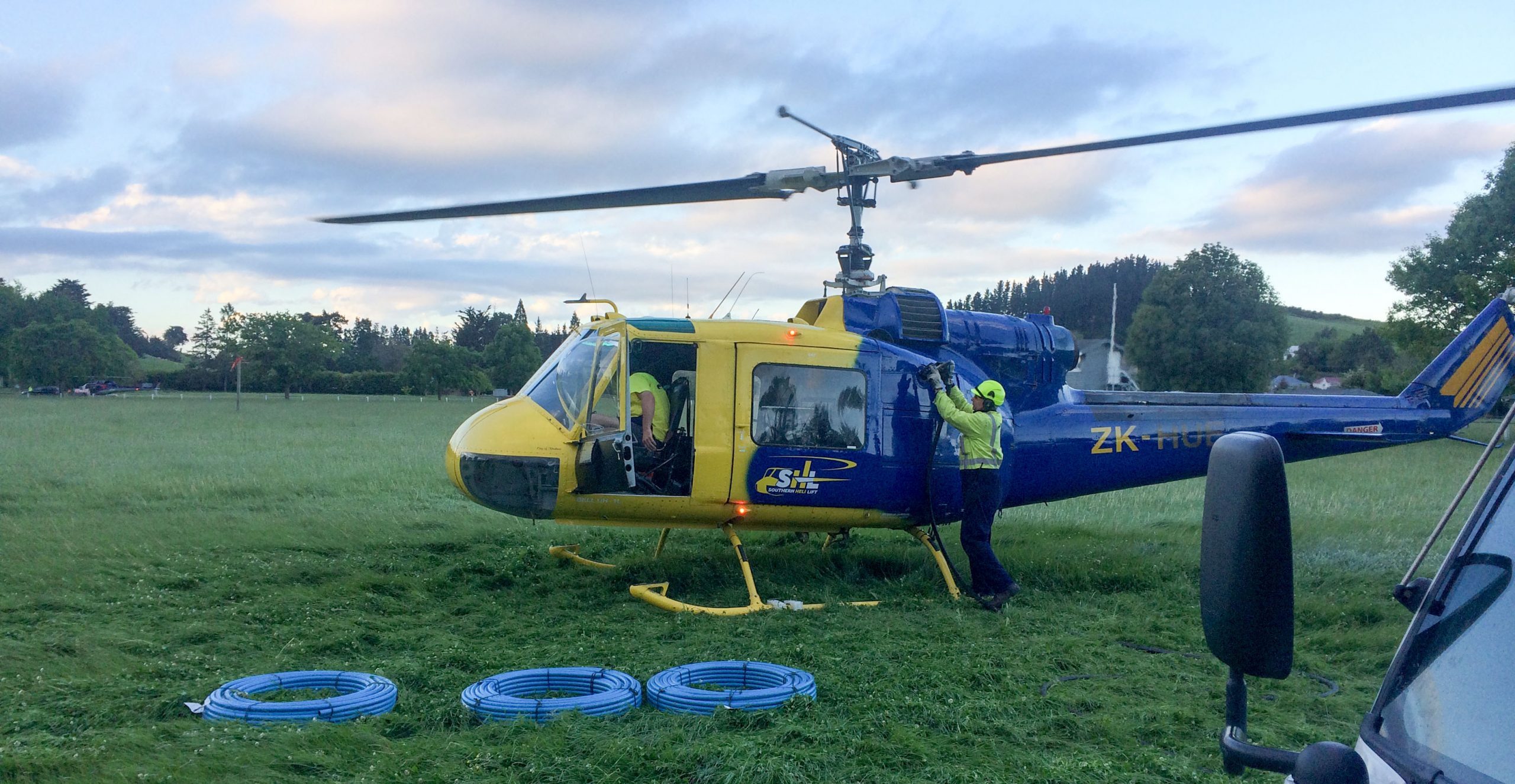 Early Monday 14th November the upper South & lower North Islands were shaken by a massive 7.8 earthquake. Centred 60kms southwest of Kaikoura and 15kms northeast of Culverden, the Kaikoura and Hurunui Districts suffered the brunt of the quake, and the dawn revealed tremendous damage to property and land. Much of the below ground infrastructure was also shattered and the Kaikoura and Hurunui Districts, home to 2,000+ residents in Kaikoura and another 15,000+ residents in outlying districts, found themselves not only physically isolated but without functioning power, water supply, and sewage systems. Response teams were activated to support the community and to reinstate critical services, including water and sewage. Hynds reached out to those whom we know in the area to offer support, and prepared to boost stock of pipeline repair products in Christchurch.

The first request for pipeline repair product came in Monday evening but with regional roads severed, helicopter was the only quick option to get product to site. Hynds logistics immediately repurposed a truck and trailer for the task, obtaining a special permit to allow the driver to drive beyond normal time limits, and placed it at the disposal of the branch team. By Tuesday 3 pm a fully laden Hynds truck and trailer had arrived at the Cheviot Domain for air lift.

It was soon evident the New Zealand Defence Force (NZDF) were not going to be able to make the lifts before sundown, at which time all airlifts would halt. Sitting idle nearby was the Iroquois helicopter of Southern Heli Lift. After a conversation between Hynds, Southern Heli Lift (SHL), NZDF and the Earthquake Operations Centre (EOC), the decision was made by the EOC to direct SHL to lift the order into Kaikoura.

A rural water scheme in Waiau (110kms of pipe) was discovered to be severely damaged and a call was made to relay the entire rising main in Polyethylene (PE). But the quantity and pressure rating of pipe required was outside the known capabilities of many of our suppliers. Waters and Farr stepped up, producing the 4,320 metres of 160od pipe in pressure ratings of 12.5bar through 20bar in 18 metres lengths, delivering the first of four truckloads within a day and the full quantity within five days. The 160od PN20 was a pipe Waters and Farr had not produced before, but were confident they could do so successfully, and urgently flew a critical component to Christchurch to enable them to do so. Waters and Farr repeated their performance a week later with the urgent preparation and despatch of 264 metres of 250od PE for Kaikoura wastewater repairs, and again when the team produced 5,000 metres of 90od pipe from scratch, delivering the first truckload to the Hurunui district within a day and completing the order
within four days. Waters and Farr have further assisted by making available a
spinning jenny to assist in the layout of over 6,000 metres of PE pipe supplied
by others.

Several of our suppliers have pulled out the stops to bring us the products called for. As have our own teams; Logistics, Order Management, Procurement, Branch Sales – all doing their bit (and more) to get things done. Delivery has become less problematic as the NZDF have established a centre of operations in Culverden to which materials may be consigned for forwarding on via army convoy through the inland road. Wastewater infrastructure remains heavily damaged and it is recommended that nothing yet be allowed to go down the drains. Investigations with CCTV are under way to establish the extent and prioritise repair. Hynds contribution in materials thus far measures in excess of 26,000 metres of pipe and 1,200 fittings delivered by Air, Sea and Land.