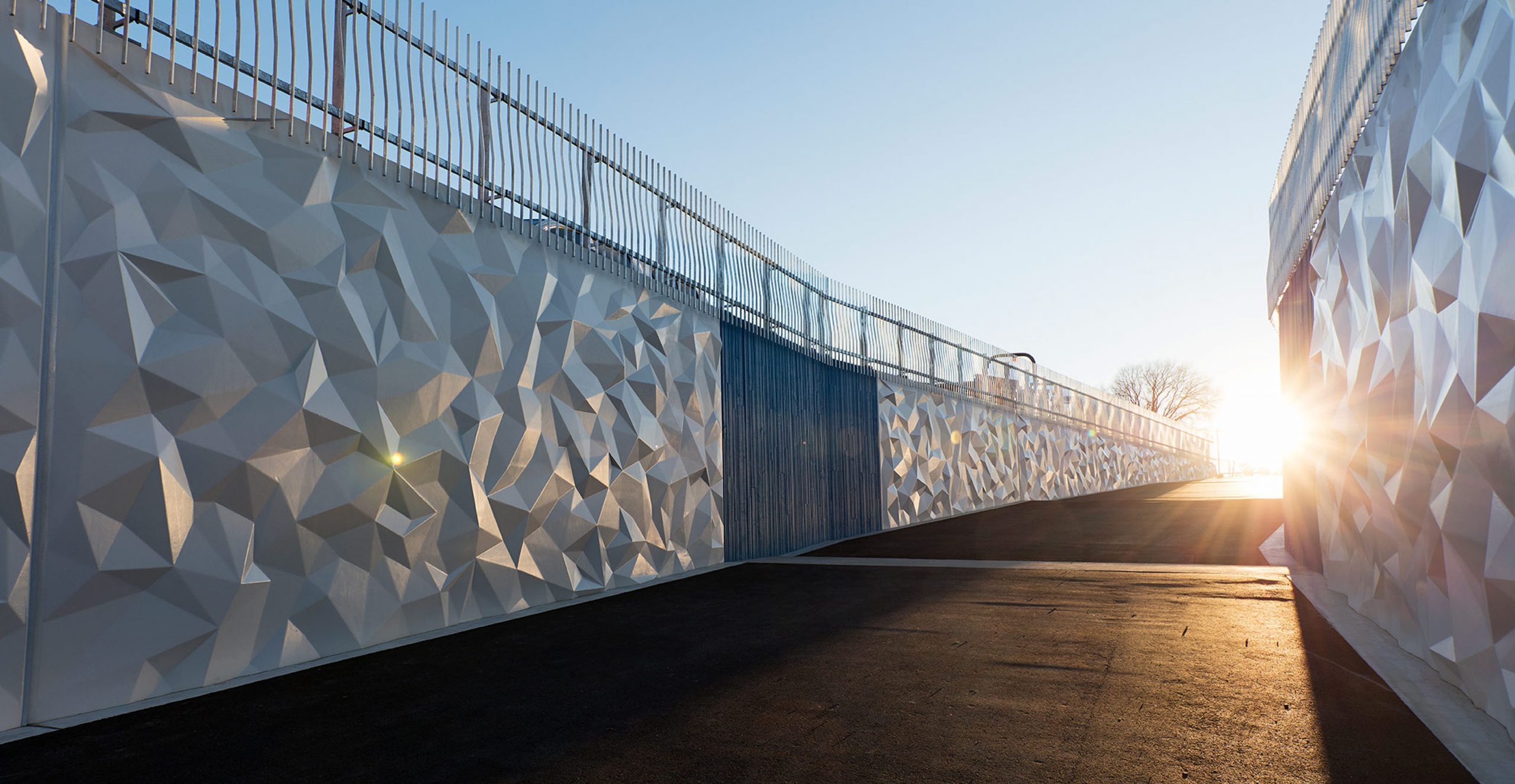 The Harewood Road Underpass will officially open before Christmas, allowing for the first time the public to walk through the architecturally inspired subway, mimicking the ruggedness of the Southern Alps. 72 light shafts penetrate the culvert top slab allowing natural light to filter through below, cast from humble 525 concrete drainage pipe. Initially thrown in the too hard basket by Craig Cohen, the job was sent in the direction of the fresh Engineered Products Manager. Jasmax Architects designed the pipes to sit slightly skewed 15° North to maximise sunlight, this required one end of the pipe to be cast at 15° from vertical so that it lined up plumb with top of the culvert. The pipes had been designed design to connect to the culvert slab with 8 Canzac 16mm dowels.
Our methodology was to fabricate custom steel bands that were tacked onto the mould to create the angle and architectural finish desired, while also providing sufficient wall thickness for the dowels. A jig was made up to support the pipe at the required angle so the holes for the dowels could be drilled accurately after casting. The time and value added to our standard pipe resulted in considerable increased costs, strongly opposed to this the contractor brought a few test pipes to gauge whether using a concrete cutter was a valid option, but this was not accepted. The delivery programme was agreed upon and the order was placed with Hynds. A big effort from Americo dos Santos, Mike Ezernieks, Josh Siataga and Craig Cohen to get the job done!!!